William Happer, Ph.D., accepts the 2015 Frederick Seitz Memorial Award from S. Fred Singer of the Science and Environmental Policy Project (SEPP),  and gives the Dinner Keynote at The Heartland Institute’s Tenth International Conference on Climate Change. It was a presentation called “Alice in Climateland.” 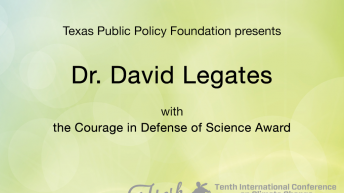 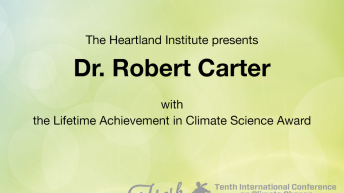 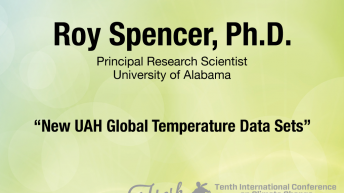